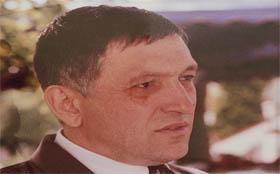 Milan Aleksic, a professor of photography, Faculty of Philology and Arts, University of Kragujevac and the New Academy of Arts, European University of Belgrade. In his career he had over 20 solo exhibitions, of which eight solo exhibitions abroad. In the country he has exhibited in venues such as the Museum of Applied Arts, Museum of Contemporary Art (Salon), Belgrade Cultural Center, National Museum Kragujevac, etc. He has participated in important group exhibitions representing our photography and contemporary art in the most representative national and international venues.

These actions followed the media appearances and mentions in media such as Britain’s The Sunday Times, German Die Zeit, Junge Welt, Frankfurter Algemeine, as well as in all local media including Politika, Novosti, Naša borba, etc.

He acquired the highest level of education in a two-year master’s photography degree at American Cornell University. Milan Aleksic was significantly involved in the academic area within the newly established photography program that treated the photography as fine art. Under his supervision dozens of students graduated at the Department for Photography. He also held classes at the University of Arts in Belgrade, where he was in commissions on the first doctorates in the arts, as well as at the University of Novi Sad and Communication Faculty in Banja Luka.

He achieved a number of important curatorial projects and has published articles in national and international journals.